The recipe I'm going to share with you is a great base recipe. You can adapt into your own, by making it slightly sweeter and adding more sifted confectioners sugar to it. You can also add any flavorings you like to make it any flavored buttercream you'd like. It's very easy to make. I've developed this recipe as a mixture of techniques for the buttercream we make at my job and from a buttercream recipe I got from the chef at school. In the end, it yields a smooth mouth feel, great taste and a very pipeable buttercream. For my batch, I'm making a vanilla bean version, but you can leave the vanilla bean paste out and exchange it with vanilla extract, then add any flavorings you'd like from there. Also, add the coffee creamer in the flavor that you want your batch. Mine is a vanilla bean flavored batch, so I added French vanilla creamer. Get it. Good.

To start out with, you want to ensure all your ingredients are at room temperature. I'm not saying melting point, but when you press your finger in the butter, it should leave an indentation. Lastly, this recipe is a scaled recipe. Invest in a $10 scale if you bake a lot. Or even if you don't. It's going to be more accurate and just easier to measure your ingredients out.

Start by pouring in half of the liquids from your cup of liquids in the bowl of your mixer. Add in all of your confectioners sugar at once. Turn the machine on low and mix for a few seconds until the sugar is incorporated. Then, add in your flavorings at this point. Give it a mix on medium speed for 10 minutes. 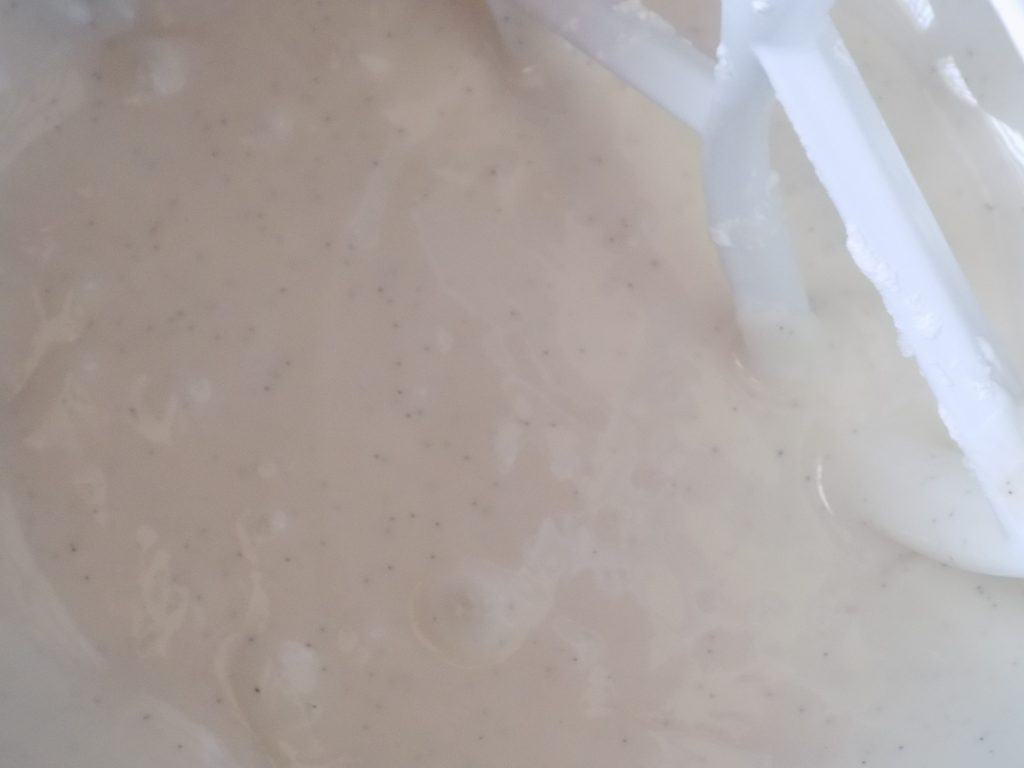 Turn the mixer back on low for a moment and add the butter a stick at a time, letting the butter absorb, before adding the next one. Turn it up to medium speed to let it mix properly for a minute. Then, add in the shortening in chunks and allow it to mix for seven minutes. 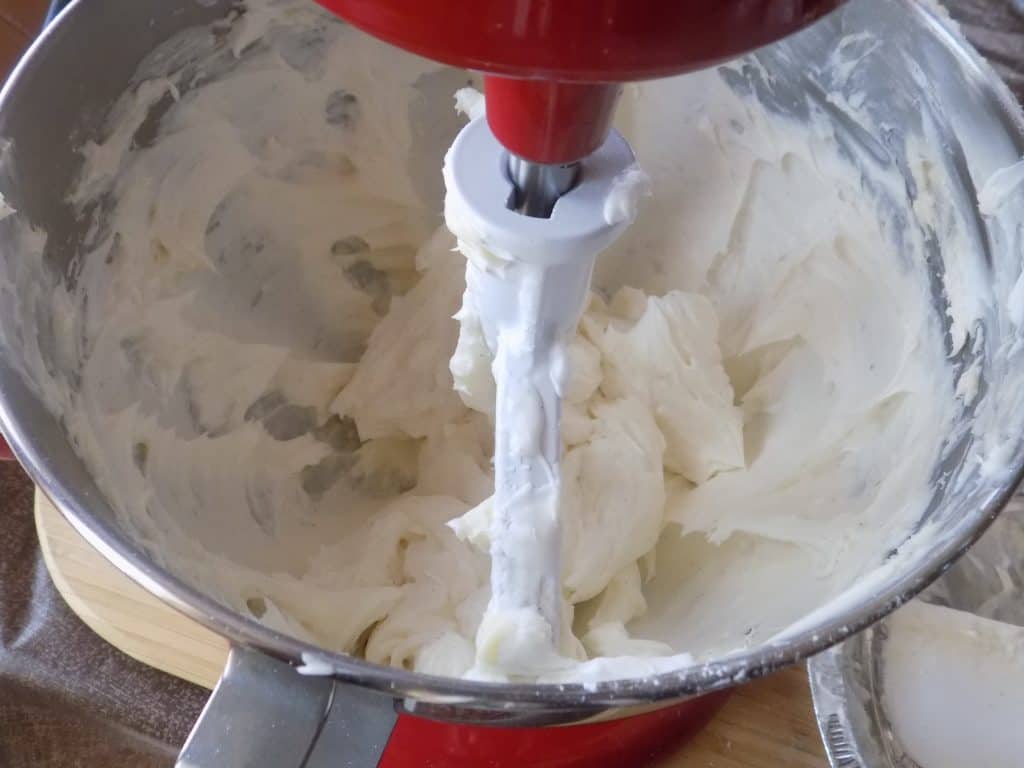 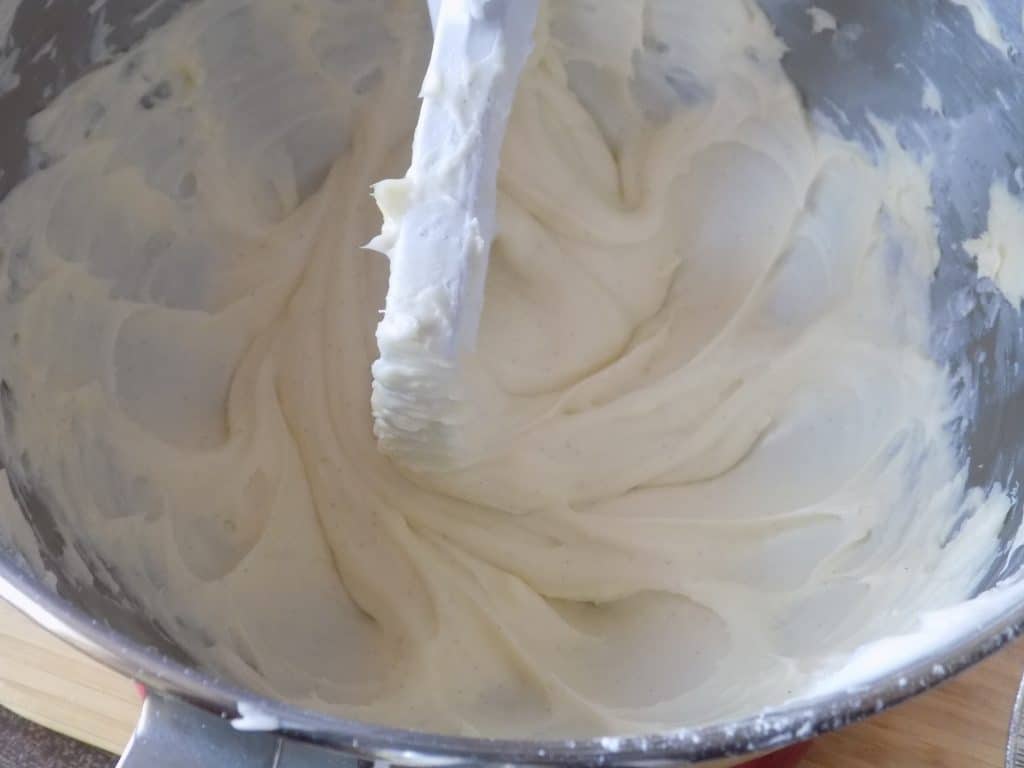 Scrape the bowl well. Turn the mixer back on to very low and slowly add in the remaining liquids. Give it a minute to absorb the liquid, then turn it up to medium and then high to mix for two-three minutes. 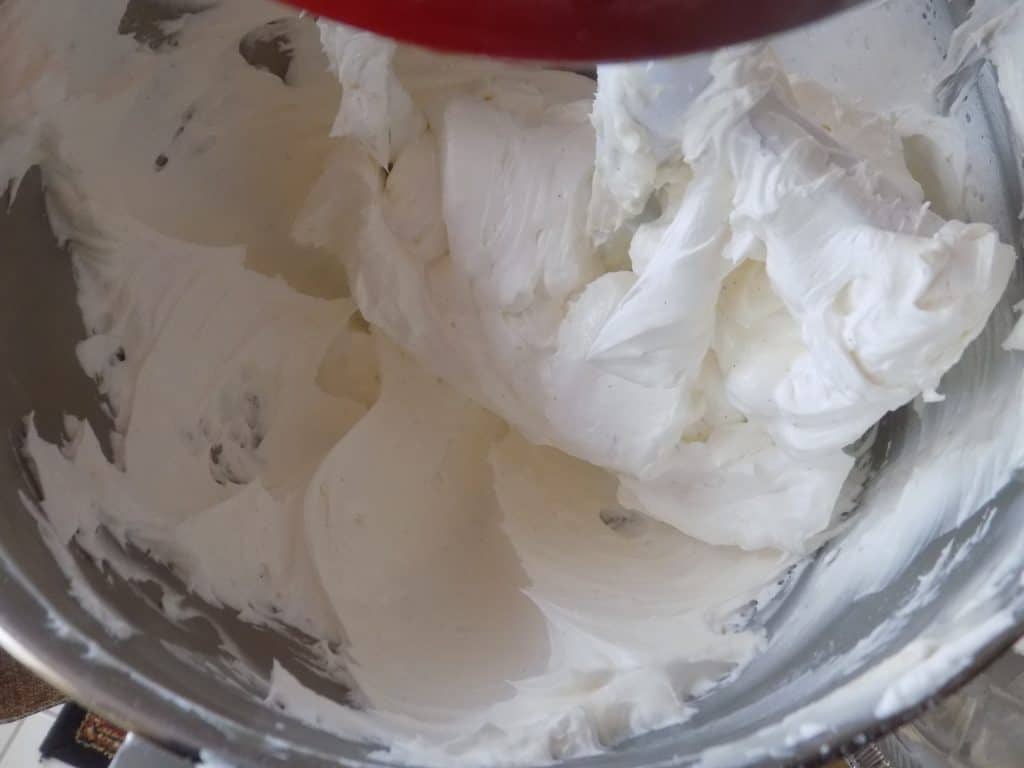 That's it! You see how quick and easy that was? Taste it and if it's not sweet enough for you, sift in some more confectioners sugar and keep mixing it until it's as sweet as you'd like. 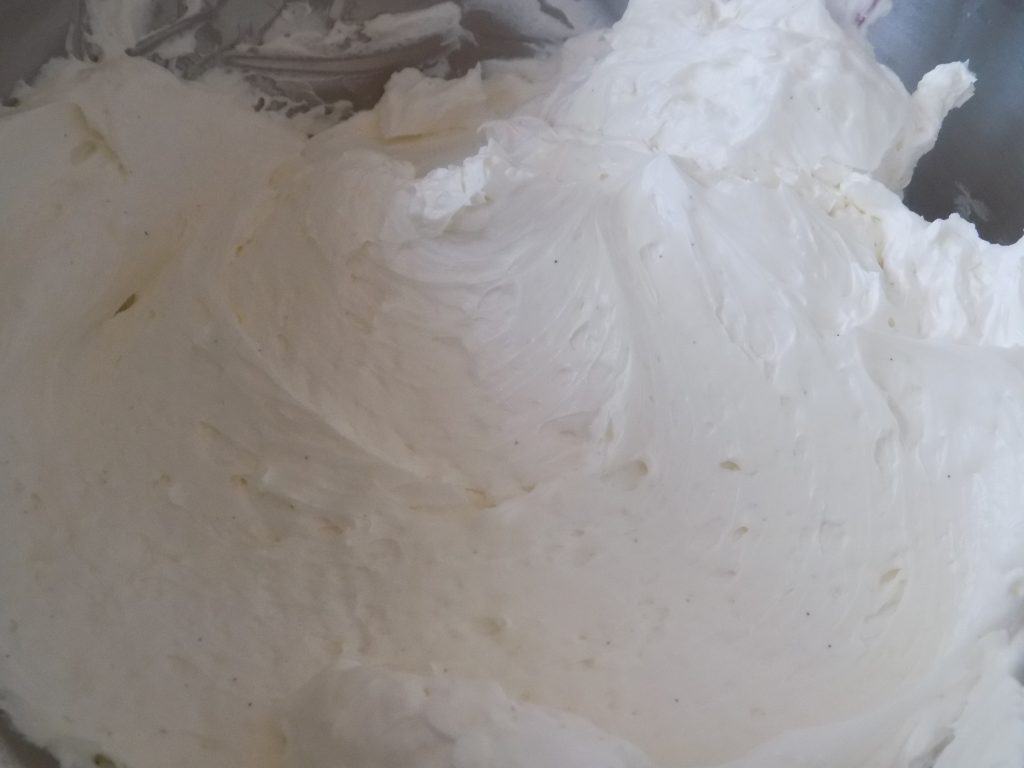 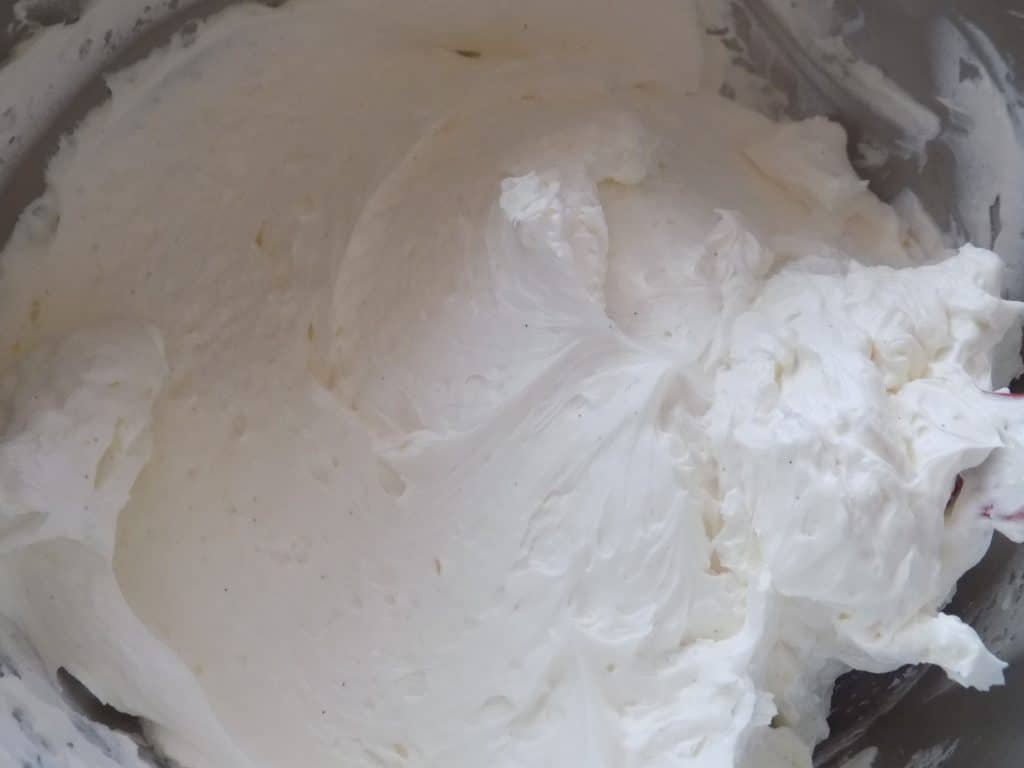 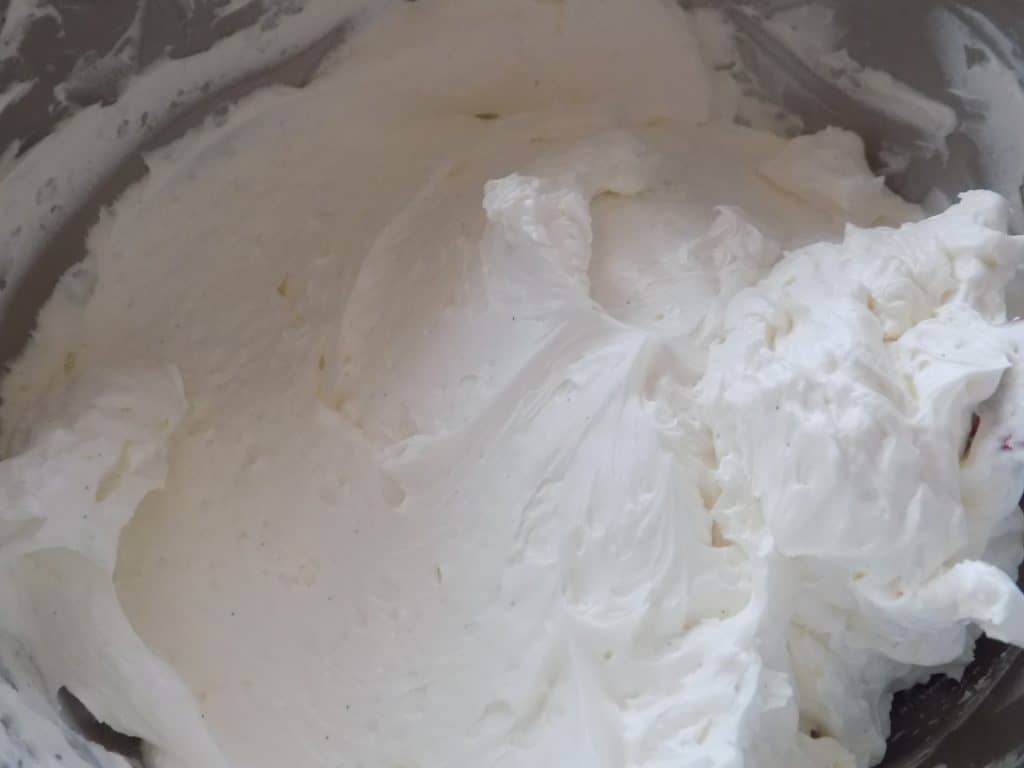 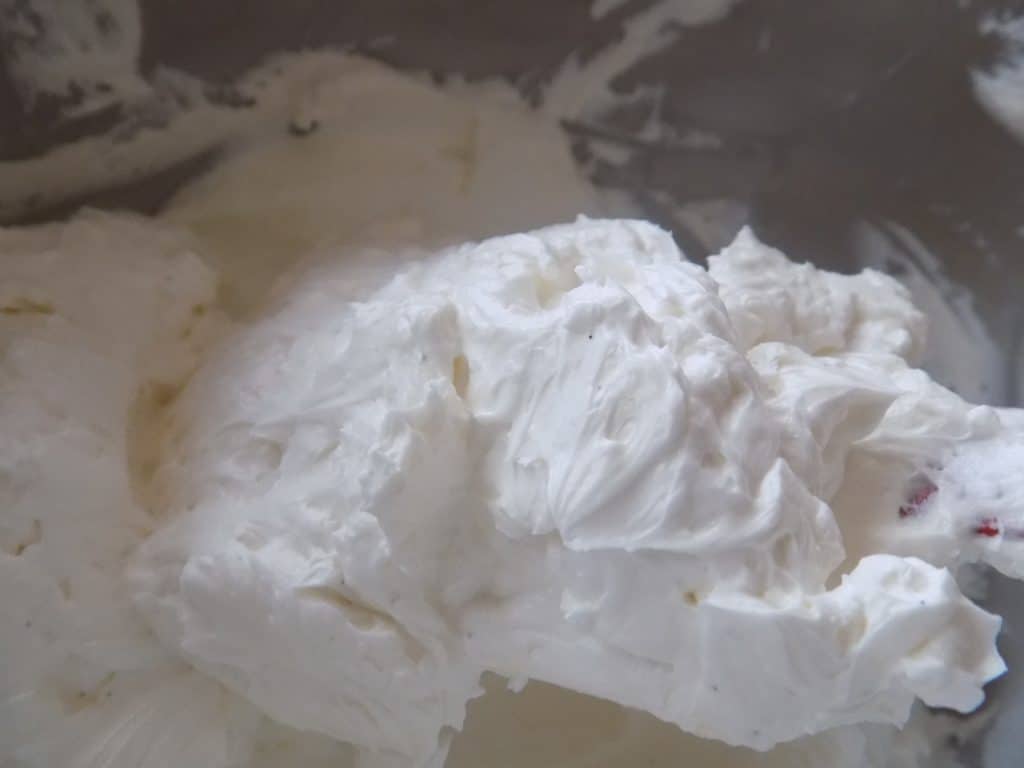 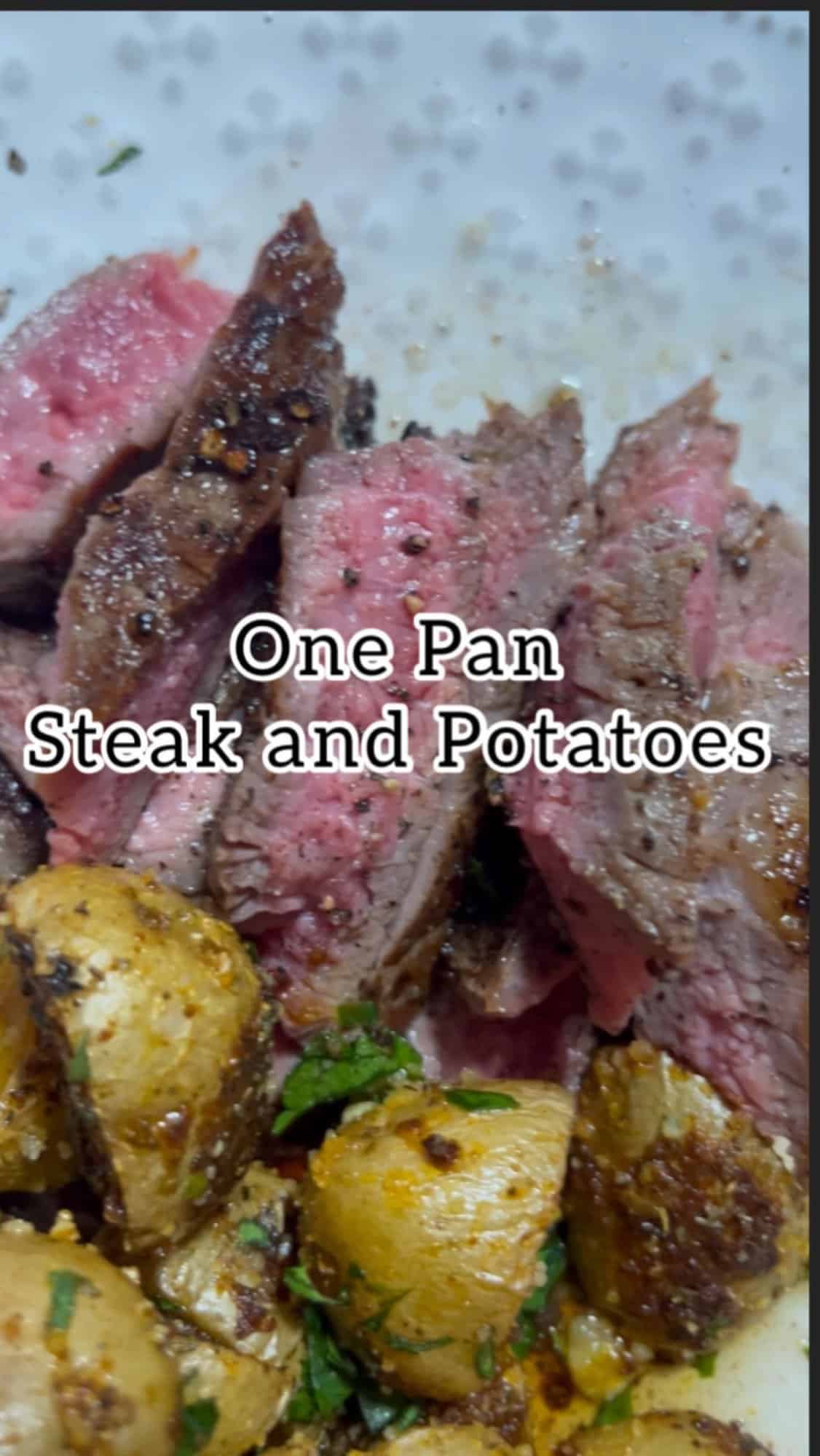 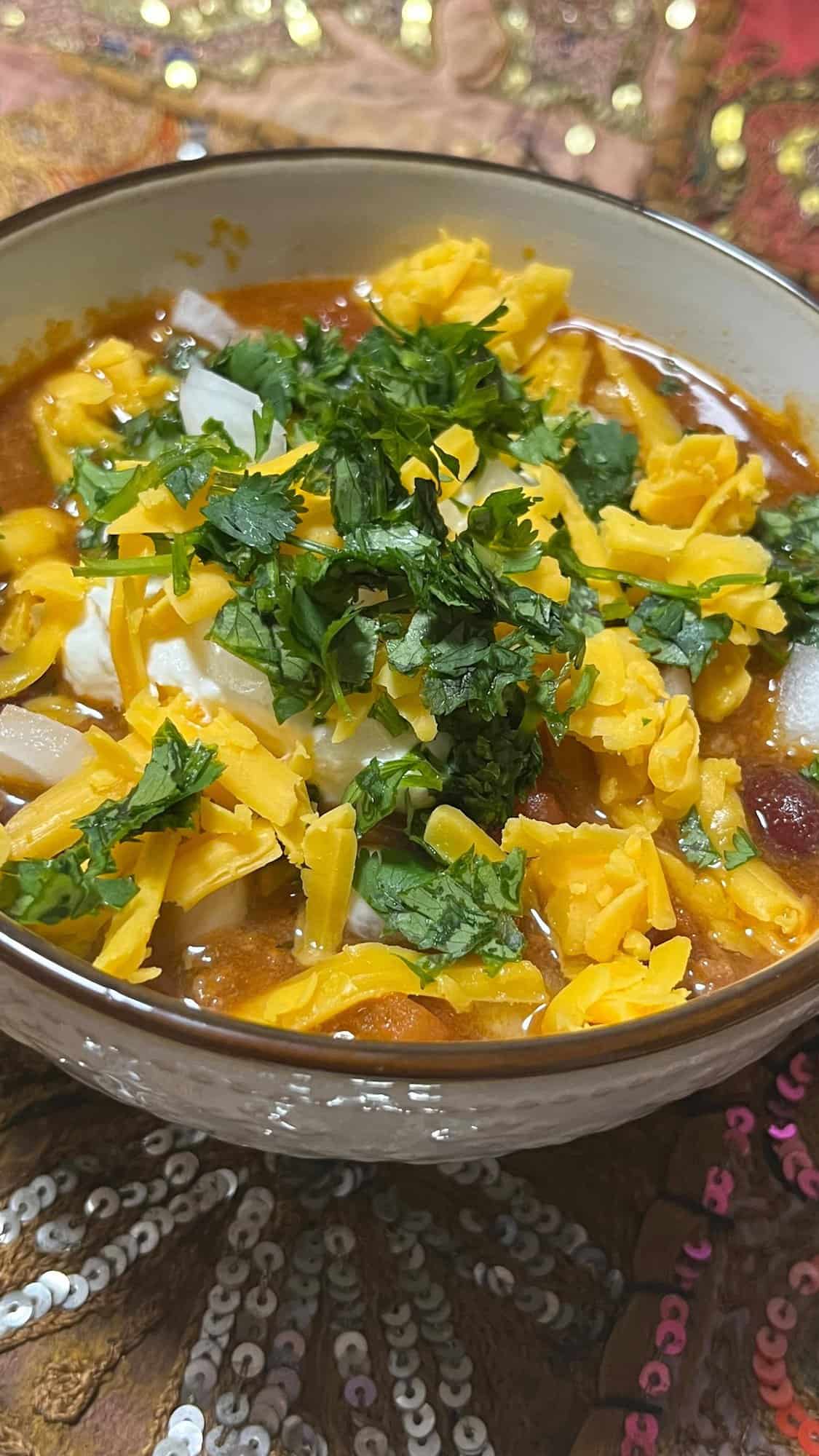 fayesfood1
•
Follow
It’s cold outside, so let’s make some chili. Ingredients: 1 lb 8.5 oz chuck beef 1 large yellow onion, small diced 2 tablespoons olive oil 3 garlic cloves, minced 1 6 oz can tomato paste Salt, to taste Pepper, to taste 1/2 teaspoon Italian seasoning 1/4 teaspoon cumin 1 1/2 tbs chili powder 1 beef bouillon cube + 1/2 cup cold water or 1/2 cup beef stock 2 14.5 oz cans diced tomatoes 2 15.5 oz cans red kidney beans 1 tablespoon brown sugar Instructions: Sauté the diced onions in olive oil over medium-low heat. Stir in the garlic once the onions are translucent. After a minute, stirring frequently add in the seasonings and stir as well as the tomato paste and stir. Add in the beef and begin to break the beef down into small pieces with a wooden spoon. Cook for 5 minutes or until the beef is browned over medium high heat. The beef should be broken down into smaller pieces at this point. Add in the diced tomatoes and stir. Add in the beef stock or bullion mixture. Rinse and drain the kidney beans and then stir them in as well. Stir in brown sugar. Cover with the lid and cook for 20 minutes over medium heat stirring occasionally. Give it a taste at the 20 minute mark and adjust seasonings to taste. Serve warm with toppings you like. #easyrecipes #homemadechili #chilirecipe #chilibeans #chilicheese #winterrecipes #yummy #sidedishes #whatsforlunch #whatsfordinnertonight
View on Instagram |
2/7 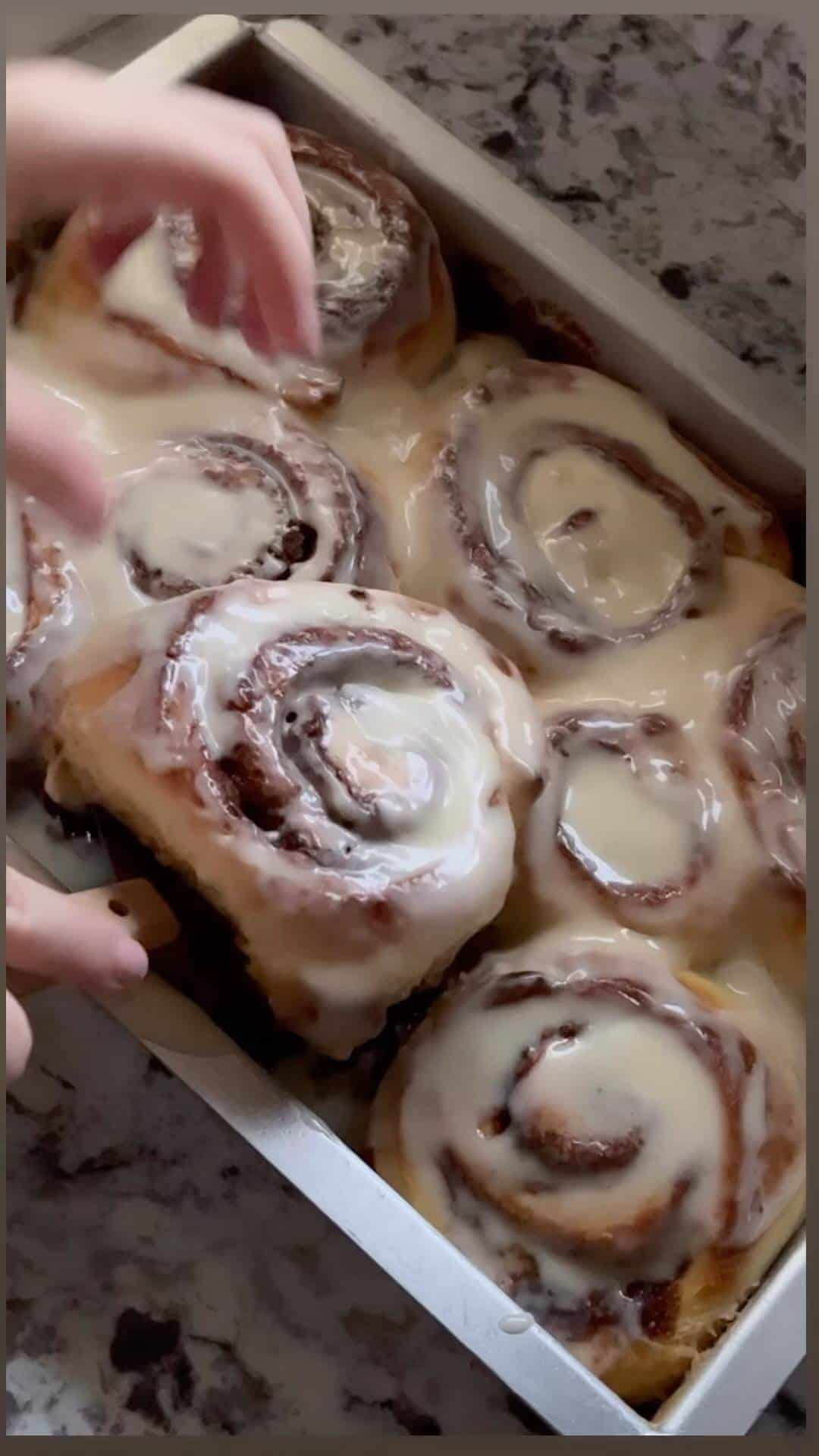 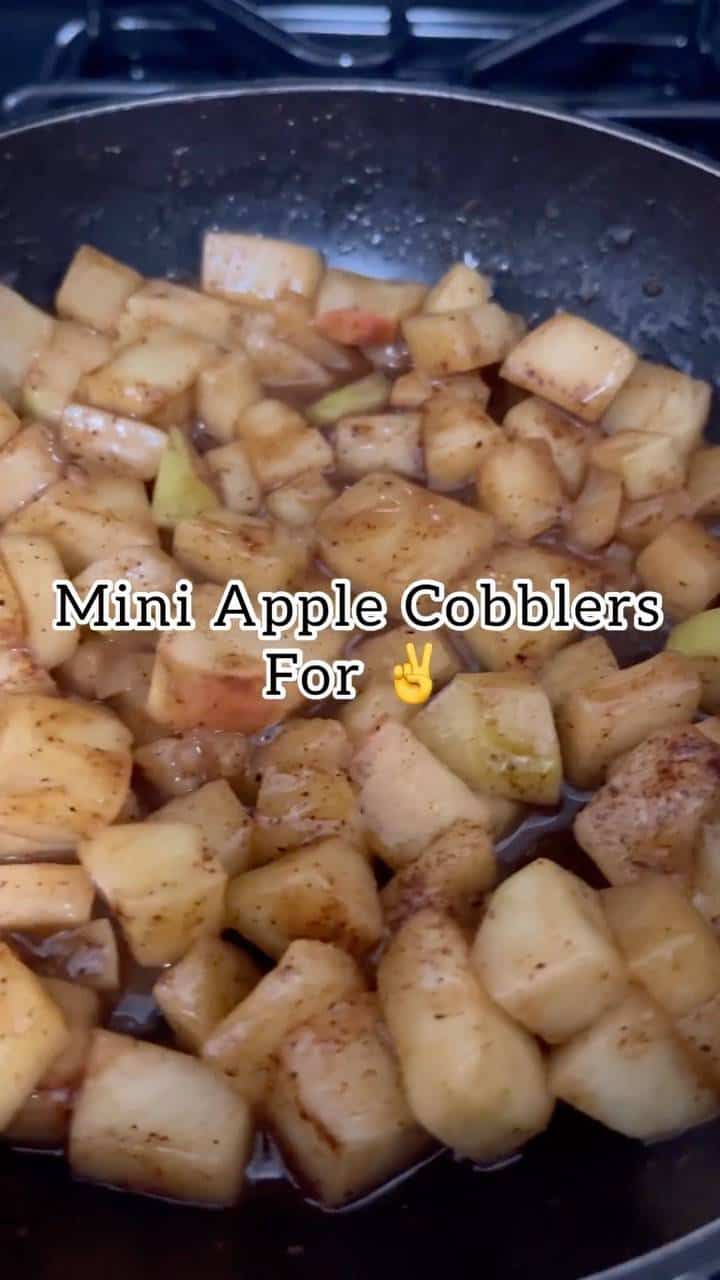 fayesfood1
•
Follow
Apple cobbler filling: 2 apples, (peeled, cored and diced medium chunks. I use one Granny Smith, one Gala) 1/8 tsp nutmeg 1 tablespoon lemon juice + 1 tsp lemon zest Pinch of salt 1/2 teaspoon cinnamon 1/8 cup dark brown sugar 1/4 teaspoon vanilla extract 0.5 oz apple cider or unfiltered no added sugar apple juice 1 teaspoon cornstarch Combine everything but the vanilla, cider and cornstarch in a medium pan over medium-high heat. Cook until apples are tender but still a bit firm to the bite. Mix the cider or juice with cornstarch in a small bowl and add into the apple mixture. Stir that in for a couple minutes and cook until the mixture thickens slightly. Remove pan from heat and stir in the vanilla. Set aside to cook slightly. Prepare two mini ramekins with cooking spray and pour in the apple mixture. Top with streusel topping and bake at 350F for around 10 minutes or until the top is golden brown. Remove from the oven and allow the cobblers to cool for 5-10 minutes before topping with ice cream and salted caramel. Enjoy warm! Salted caramel recipe is on my blog. Streusel Topping: 1/2 cup all purpose flour 1/4 cup granulated sugar 1/8 cup dark or light brown sugar 1/4 tsp salt 1/8 tsp cinnamon 1/4 tsp baking powder 1/4 tsp vanilla extract 2 oz unsalted butter in chunks Combine ingredients until mixture is combined into uniform big chunks. #applecobbler #easydessert #easydesserts #dessertsfortwo #fallrecipes #winterrecipes #bakingrecipes #applerecipes #sotasty😋 #yummy #reelsexplore #foodreel
View on Instagram |
4/7

fayesfood1
•
Follow
Happy Halloween! I was working on this recipe for a bit and then I took a trip and things just kept delaying me from posting this recipe 😭. But finally, I'm happy to share my recipe for this homemade pumpkin spice cake. The cake is moist, yet dense enough to have with a cup of coffee or hot chocolate.The crumb is tight as we utilize the reverse creaming method to get a very tender cake. It's full of pumpkin flavor and spice and I'm very happy with how it comes out and I know you will be too. It's best served the day of and heavenly once it cools out of the oven. Give it a try! ❤️ #pumpkinrecipes #pumpkinspice #pumpkincake #pumpkinpiespice #pumpkinspicecake #fallrecipes #fallrecipes🍁 #falldesserts #cinnamonspice #dessertrecipes #brunchrecipes
View on Instagram |
5/7 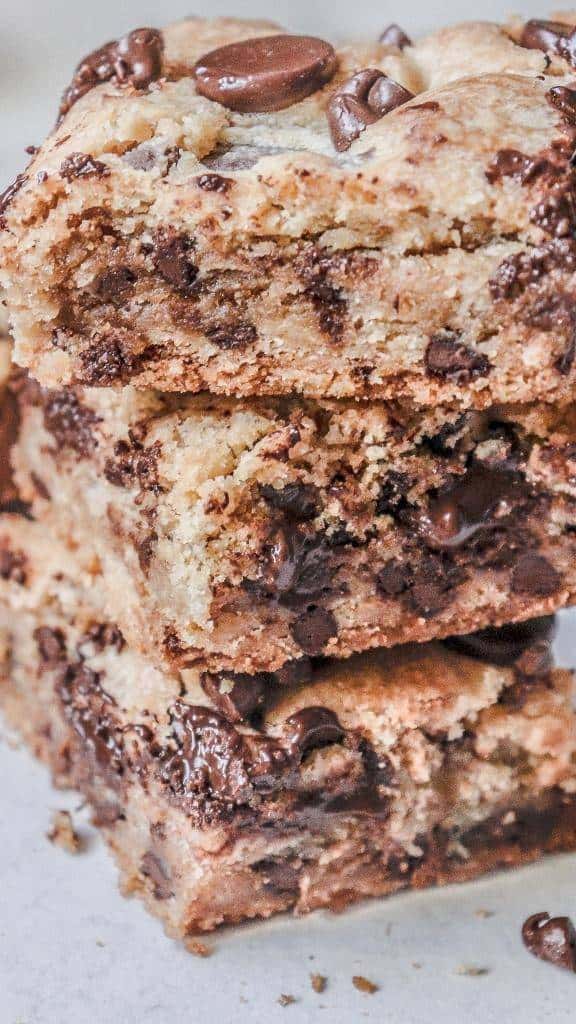 fayesfood1
•
Follow
No mixer, one bowl chocolate chip cookie bars 🍪 Ingredients * 2¼ cups all-purpose flour * ½ teaspoon salt * ½ teaspoon baking soda * 12 tablespoons browned butter, melted and cooled slightly * 1 cup brown sugar * ½ cup white sugar * 1 large egg * 1 large egg yolk * 2 teaspoons vanilla extract * 1 /2 cup Ghirardelli semisweet chocolate chips * 1 /2 cup Ghirardelli bittersweet chocolate chips * 1/2 cup Ghirardelli baking bar, chopped into large pieces * 1/2 teaspoon Nescafe Taster’s Choice House Blend Instant Coffee Light Granules Instructions: Place your butter into a saucepan over medium heat. Cook for 5-10 minutes, stirring occasionally until browned bits appear. Take the pan off the heat and pour the butter through a sieve placed over a bowl. Allow the mixture to cool to room temperature.  Prep an 8″ square pan by lining the inside with aluminum foil or parchment paper that has been greased with vegetable oil or cooking spray. Set aside. Preheat the oven to 350°F. Combine the flour, salt, baking soda, and instant coffee granules in a medium-sized bowl.  In a large bowl, pour in the melted butter. Whisk in the brown and granulated sugar for a couple of minutes until combined. Whisk in the egg and egg yolk and whisk for a couple of minutes. Stir in the vanilla extract. Dump in the dry ingredients, chocolate chips, and chunks all at once. Use a rubber spatula to fold in gently until the flour is mostly absorbed. Don’t overmix. Pour the dough into your prepared pan and use your hands to gently press the dough into an even layer. You can use the back of a measuring cup to help press the dough down. Lightly press in some chocolate chips and chunks over the top. Bake at 325°F for 25-30 minutes or until golden brown. Remove from the oven and place the pan on a wire rack. Allow the cookie bars to cool for 15-20 minutes. Use a sharp knife and hot water to make clean cuts. Enjoy! #chocolatechip #easydesserts #fundesserts #chocolatedessert #chocolatechipcookiebars #cookiebars #cookiestagram #dessertrecipes
View on Instagram |
6/7 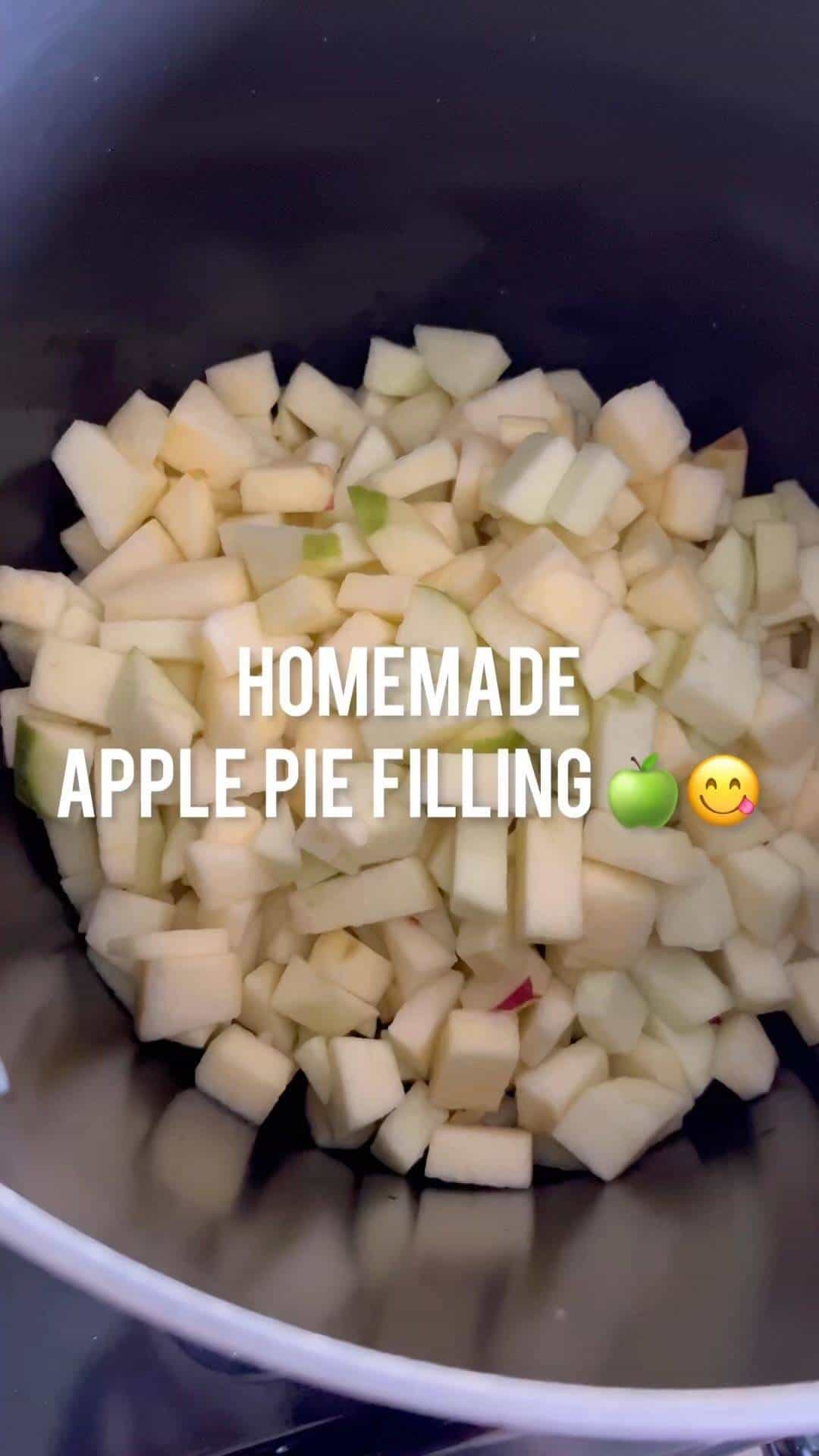 fayesfood1
•
Follow
* 2 lbs baking apples (peeled, cored and sliced into wedges or diced. I used a mix of Gala, Fuji and Granny Smith.) * 1 cup acidic solution (pineapple juice, apple juice, apple cider, lemon juice diluted in water...any of these will work) * 1 1/4 oz unsalted butter pieces * 3.25 oz granulated sugar * 3.25 oz light brown sugar * .6 oz salt * 1 1/2 tsp cinnamon * 1/4 tsp nutmeg * 1 medium lemon, juiced and zested * 1 tsp vanilla extract * 2 oz apple cider * 1/2 oz cornstarch Peel, core and slice the apples into 1/2” to 3/4” wedges or dice them up. Place the apples in the a bowl with the acidic solution to prevent browning while cutting up the rest. Take the apples out of the acid and pour them into a large pot along with salt, lemon juice/zest, both sugars, cinnamon and nutmeg. Stir and cook for a couple minutes. Add in the butter and cook for a few minutes. In a separate small bowl, whisk together the cornstarch and apple cider. Pour in this slurry mixture with the apple mixture. Stir in and cook for another 5-10 minutes or until al dente. The apples should still be somewhat firm and have a bite to them. Once the apples reach that stage and the sauce is thicker, take the pot off the heat and add in the vanilla extract. Pour the apple filling into a shallow dish, “goo” included. Allow the mixture to cool at room temperature for 10-15 minutes. Cover in plastic wrap and allow to cool overnight. #appleseason #applerecipes #michiganapples #fallrecipes #fallrecipe #autumn #applepie🍎 #applepiefilling #easyrecipesathome #lovetobake❤️ #bakingrecipes
View on Instagram |
7/7